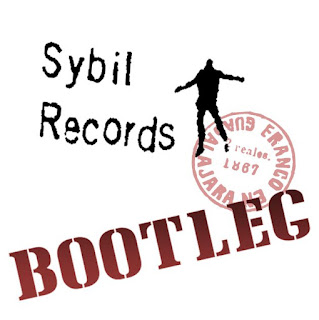 So last night my band played at Milwaukee's Summerfest. We don't play out too often so I attempted to record the show with a Zoom H4n recorder and was going to post that here if it turned out OK but something failed and all I have is the first minute of soundcheck. We did film it so hopefully that turned out.

We didn't have any physical CDs to sell so we threw together a sampler CDR to give away. Here is a rip of that CDR. It contains four songs each from our two albums and four songs from our upcoming album. We used those cool CDRs that look like a vinyl LP and slipped them into plain black CD sleeves and just handed them out to who ever wanted one.

The title TooKens is a play on the fact that our two principle songwriters are named Ken. You can listen to all of our music at our ReverbNation page. We also did a covers album under the name Mighty Man which was fun.
Posted by Uncle Dan at 7:48 AM